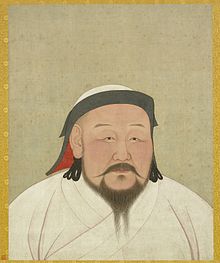 The Mongols, who overran Persia and the
whole of Central Asia, did not spare China
either. Mangu Khan became the Great Khan in 1252 who appointed Kublai Khan the Governor of China. The Mongol presence from one end of Eurasia to the other played a key role in spreading Chinese technological advances to the less developed societies in the west. Though the Mongol court in Beijing impressed a foreign like Marco Polo, the poverty of peasantry continued. There were revolts of religious sects and secret societies. Finally, the leader of "Red Turbans" Chu Yuan Chang captured the Mongol capital, Beijing and proclaimed himself emperor in 1369.
Tags # bio # Yuan dynasty
Share This:
Facebook Twitter Google+ Pinterest Linkedin Whatsapp