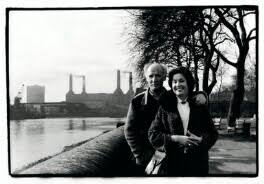 William John Francis Naughton, known as Bill  naughton (1910- 1992) was an Irish- born British playwright and author.  He worked as a weaver coal-Bagger and a lorry driver before he started writing .His preferred environment was working class society ,which is reflected in in much of his work. He wrote many novels,short stories, plays and children's books.He is best known for the play Alfie.His Indian 1977,children's novel My Pal Spadjer is an account of his childhood in in 1920's Bolton
Share This:
Facebook Twitter Google+ Pinterest Linkedin Whatsapp