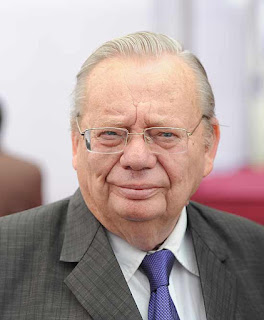 RuskinBond was born on 19th
May 1934. He is an award winning
Indian author of British descent’.
He is much reowned for his role
in promoting children’s literature
in India. The Indian council for Child.Education has recognized his role in.
the growth of children' s literature In India He got the Sahitya Akademi Award In 1992 for 'Our trees still growin Dehra'. He was awarded the Padmashri in 1999 ahd Padma Bhushan in 2014; As proIific writer, he has Written over 500 short stories, essays and novels.His popular novel 'The Blue UmbrelIa' was made into a Hindi film and was awarded the National Film Award for the best children’ sfilm in 2007.