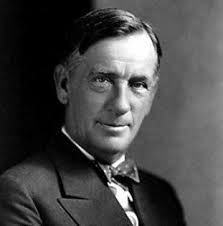 Edgar Albert Guest (20 August 1881 in Birmingham, England
5 August 1959 in Detroit, Michigan) was
a prolific English - born American poet who was popular in the first
half of the 20th century and became known as the People's Poet. His poems often had an inspirational and optimistic view of everyday life.
Share This:
Facebook Twitter Google+ Pinterest Linkedin Whatsapp