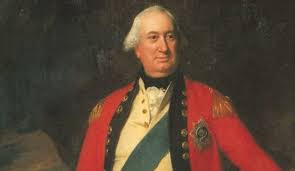 Cornwallis  Born into an aristocratic family  and educated at Eton and Cambridge joined the army in 1757. Up on his father's Lords, the upper house  of Britain .His military  action  in the American  War of Independence was praiseworthy,inflicting defeats on the American army in a few Battles  though finally he had to surrender his Army at York town. Despite this defeat,Cornwallis retained the the confidence of successive British governments and continued too you enjoy and active carrer knighted in 1786,he was appointed Governor General by the East India Company government in British India
Share This:
Facebook Twitter Google+ Pinterest Linkedin Whatsapp