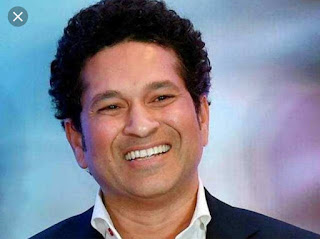 Sachin Ramesh Tendulkar was born on 24‘” April 1973 inMumbai, Maharastra. He is a former Indian cricketer and captain widely regarded as one of the greatest cricketers of all time. He made an impact in cricket from a very early age, displaying a prodigious talent. The world famous cricketer has set many records in his career and is considered as one of the greatest Batsman of all times. He is the only player to have scored one hundred international centuries,the first to score double century in a One Day International , and the only player to complete more than 30,000 runs in international cricket. He played 664 international cricket matches in total, scoring 34, 357 runs. In 2012, Tendulkar was nominated to the Rajya Sabha. He retirec from cricket on 16th November 2013 is an extract from his autobiography Playing it My Way.
Tags # bio # sachin bio
Share This:
Facebook Twitter Google+ Pinterest Linkedin Whatsapp