Islam and the Rise of Islamic Empires - The Biography Notes - History, Science And Biography

Home history Mecca Islam and the Rise of Islamic Empires

Islam and the Rise of Islamic Empires 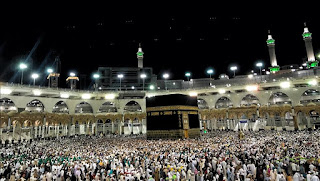 I message of brotherhood Mohammad had on qualityof aildiou who were Muslm. This message of equality and brotherhood had great appeal not only for die And who where divided into warring tribes. but also for people in other parts of the world. However. faced with persecution in his place of birth. Mohammad and his followers moved to the city of Yethrib. The flight of Mohammad from Mecca in 622 AD (CE) is called Hijrah in Arabic. In honour of his coming. the people of Yethrib renamed the city to Madinatun-Nabi-the city of the Prophet. It is now known as Medina. Mohammad died ten years after the Hijrat (AD (CE) 632). By the time of his death. united under a common faith, the Arabs became a powerful force.

Abu Bakr and Omar who succeeded Proph Mohammad as Khalif or Caliph (both rchgtom and temporal leader) laid the foundation for in Islamic Empire. In a short period of time, th. Arabs defeated both the Eastern Roman Empire and the Sassanid King of Persia. Jerusalem, the holy city of Jews and Christians, was won by the Arabs, and the whole of Spain and Persia came under the new Arab Empire.

Islam advocated simplicity and equality, These two ideas impressed people fed up with the old order of oppression and exploitation. The Arabs easily overran many regions. Egyptians had suffered much under the Roman Empire and so they opted for Arabs. Led by the General Tariq, the Arabs, after conquering Morocco and Africa, crossed into Europe and took Spain which they ruled for many hundreds of years. The Arabs, until then largely nomads from the deserts, became the rulers of a mighty empire. They were called Saracens (from sahra and nashin the dwellers of the desert).