Culture of Arts - The Biography Notes - History, Science And Biography 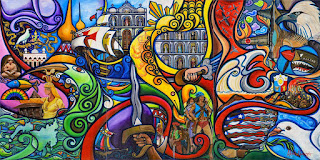 Various art forms too existed in the Sangam Age. Performances of ritual dances called Veriyatal are referred to in the literature. Composition of poems, Playing of music instruments and dances were also known. The literature mentions the fme variety of cuisine of the Sangam Age. People took care of their appearance and evidence of antimony rods (kohl sticks) made of copper has been found in

archaeological sites. They were used by women for decorating their eyebrows.

Email ThisBlogThis!Share to TwitterShare to FacebookShare to Pinterest
Labels: Culture, culture of arts